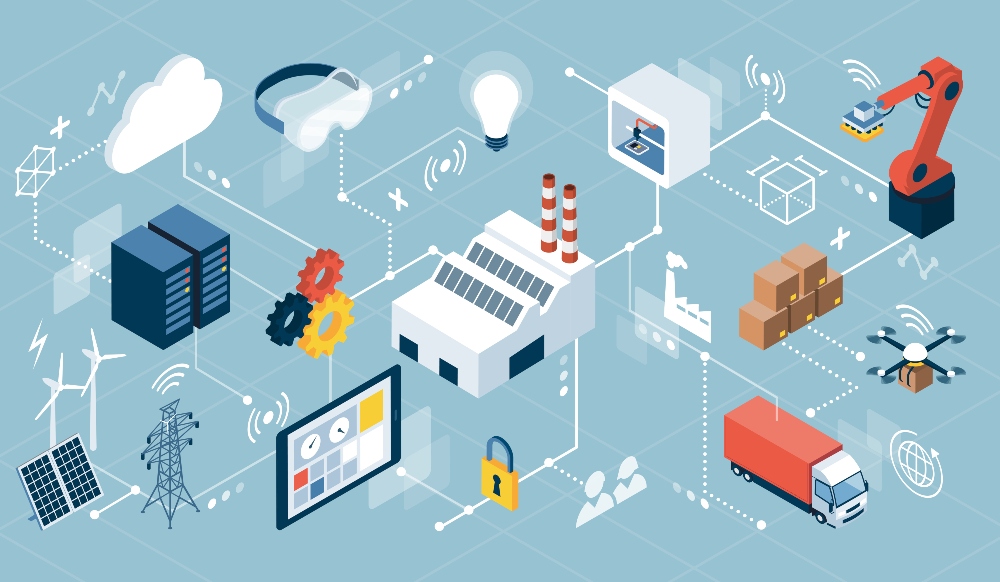 There’s a promise inherent in the idea of third-party logistics (3PL): that a 3PL provider can manage warehousing, distribution, and fulfillment more smoothly and efficiently than customers can themselves using their internal resources. The 3PL market itself rests on this promise of reliability, speed, flexibility, and efficiency.

Kenco Logistics has been living up to, and exceeding, that promise for decades. A 70-year-old 3PL company based in Chattanooga, Tennessee, and the largest woman-owned 3PL company in the U.S., Kenco has earned the trust of many companies over the years. Its operations have grown to include over 100 facilities in 30 states and Canada, with cumulative warehouse space covering more than 30 million square feet. Using that wealth of resources, Kenco now serves over 200 customers in industries ranging from consumer goods to pharmaceuticals.

But the Kenco team knows it can't rest on past successes. In 2015, the company began a new planning exercise to determine how it could become even more agile, flexible, and efficient. That planning exercise led Kenco to implement a cloud-first strategy and eventually adopt Amazon Web Services (AWS) as its cloud platform and the Boomi AtomSphere Platform as its comprehensive integration solution.

Here’s the story of Kenco’s transition from a success company relying on legacy on-premises hardware and software to a cloud-first company using AWS and Boomi to operate and innovate quickly than ever before.

Turning to the Cloud to Achieve Speed, Agility, and Scalability

In 2015, Kenco Logistics had been a successful business for 65 years. But its management team knew that they needed to become even more flexible to better serve customers and to grow their business. Specifically, the company wanted to be able pivot to new business models more quickly when new opportunities arose. And they wanted to be able to onboard new customers more quickly and affordably.

“The faster we onboard customers,” says Steve Hitchings, CIO at Kenco Logistics, “the faster our operating businesses can deliver value to our customers.”

Onboarding a new customer required 40-60 hours of manual work, updating templates and forms in the company’s legacy EDI system, which was running on IBM AS400 mainframes. Kenco couldn’t start managing logistics for a customer until that manual work was completed and tested.

Another challenge occurred every year around the Christmas holiday season. Shipping volume would increase dramatically, and the company would need to purchase and deploy new hardware and software to handle the surge of activity. But that was expensive, time-consuming work, and if shipping volumes declined once the holiday season was over, the company was stuck with its investment in extra hardware.

Hitchings and his colleagues in the IT organization realized that had to be a better way to handle these fluctuations in demand.

“We didn’t build our technology strategy around a desire to move to the cloud,” he adds. “We built that strategy first and then cloud was the component to get us there. We knew we would never be able to move as quickly in our own data center, where we would need to procure hardware and spin up new systems ourselves. Because we were intent on speed and agility, we decided to move to the cloud, and then we set about selecting providers.”

Modernizing IT with Boomi and AWS

With its strategic direction set, Kenco Logistics began evaluating cloud platforms and EDI and integration platforms. The company eventually chose AWS and the Boomi AtomSphere Platform, in part because Boomi and AWS work so well together.

“AWS fits in nicely with our Boomi relationship,” says Don Johnson, Kenco Logistics' manager, systems architecture. “Boomi is part of the AWS ecosystem, so choosing AWS and Boomi together works well with our overall strategy.

With its cloud platforms elected, Kenco moved ahead with modernizing its IT capabilities.

“Boomi is a Swiss Army knife,”  Johnson says. “It does a bunch of different things very well.”

Two of those things are EDI and integration. By replacing its legacy EDI system with Boomi B2B/EDI Management, Kenco was able to cut its onboarding time for new customers in half. Boomi’s reusable components and low-code development interface reduced the amount of new work required for setting up new customers. And Boomi Integration made it easy for Kenco to build customer integrations with shipping partners, such as UPS.

At the same time that it was modernizing its EDI and integration capabilities with Boomi, Kenco was migrating its basic operations to AWS. The company migrated software running on about 250 servers in its on-premises data center in Chattanooga to virtual servers running on AWS. The migration went so smoothly that the Kenco IT team finished on budget and with no application downtime.

The company’s timing couldn’t have been better. The AWS migration was completed in early March 2020, just before Kenco and countless other companies around the world were forced to a Work From Home (WFH) policy because of the pandemic. Just when Kenco needed its IT services to be available remotely in the cloud, they were, thanks to the speed and efficiency of its migration to AWS.

And just when it needed increased flexibility and agility for dealing with reconfigured supply chains and new customer demands as shipping volumes soared in the spring, the company was ready with Boomi as its EDI and integration platform.

“We have changed our mentality from thinking of doing things as we’ve done them historically in an on-premises data center to thinking cloud first,” says Hitchings. “Moving to the cloud has worked out very well.”

The company is continuing to build out its infrastructure on AWS, adding multi-tier redundancy among other things to ensure that operations continue to achieve as close to 100 percent uptime as possible.

And the company is adding network load balancers to increased connectivity from its trading partners to its Boomi Molecule — a clustered Boomi Atom running multiple Atoms concurrently. Kenco has also set up an SFTP server in the same AWS account with Boomi so the company’s Boomi Molecule can send and receive FTP transmissions. And they’ve set up Virtual Private Cloud (VPC) peering with some of their partners’ warehouse management systems, streamlining connectivity between Kenco and warehouses it’s helping to manage.

“As far as flexibility goes,” say Hitchings, “we can do things with Boomi and AWS in the cloud that we could never do with our own data center here.”

Boomi and AWS have also delivered significant cost savings for Kenco. “We no longer have to invest a lot of capital in equipment so we can spin up capacity in the event new projects or customers materialize,” says Hitchings. The company’s capital expenses (CapEx) have been replaced by operational expenses (OpEx), which are much more affordable and efficient since they cover just what the company truly needs.

“Now that we’ve come this far, we’re not going to be half in,” says Hitchings. “Pretty much everything that we do from this point forward is going to be supported by a cloud environment. I just don’t think anything else makes any sense. We’re all in with Boomi and AWS.”

To learn more about the benefits Kenco Logistics has achieved with Boomi and AWS, read our case study.