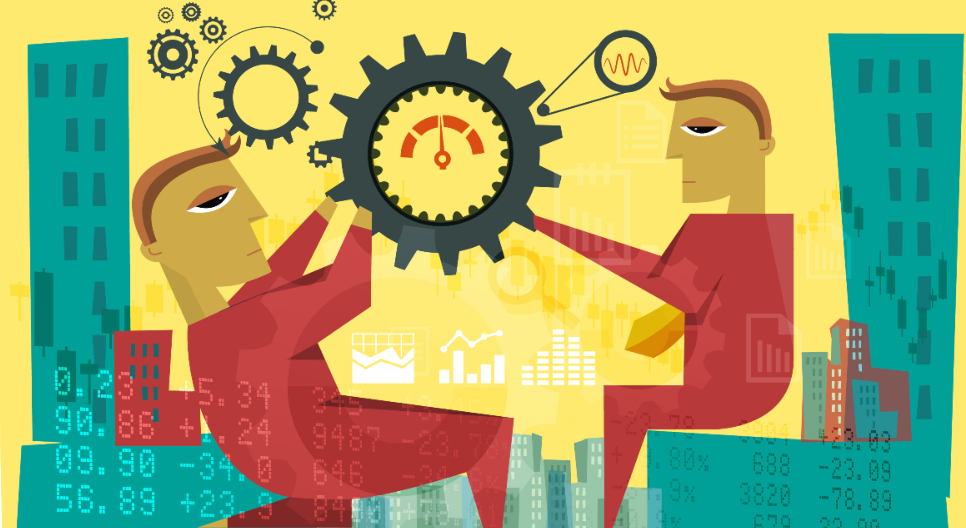 In my career, I’ve seen firsthand the benefits of data integration and data governance for mergers and acquisitions (M&A).

Before becoming Boomi's chief operating officer, I led numerous acquisitions for Dell, including its purchase of Boomi in 2010. And at Boomi, I’ve helped some of our largest customers use the Boomi Platform to carry out their own M&A activities. We even helped Dell integrate with EMC in 2016, the largest M&A deal in the history of the IT industry.

And across all these organizations and business transactions, the roles played by application integration and data governance have been vital in getting companies going on Day One and ensuring they have the momentum they need for long-term success.

Momentum Is Essential for Making the Most of Merger Investments

M&A is a momentum game. Businesses need to quickly establish momentum to grow and better serve their customers. If an M&A deal starts out positively and productively, the momentum builds naturally and the company stands an excellent chance of achieving its goals.

So, getting out of the gate quickly is critical, and you want to ensure that team members from both sides of the combined organization can immediately:

That’s how you’ll drive customer momentum and increase the benefits of the acquisition investment.

To appreciate the importance of momentum, imagine a merger: Two companies, each with its own customer relationship management (CRM) system. A couple of different scenarios could play out, depending on how the post-deal combined company approaches integration.

Learn more about how modern integration technologies can bring momentum and long-term success to mergers and acquisitions. Read our new executive brief "Accelerating M&A Momentum in the Digital Age."

In the first scenario, the IT manager decides that on Day One those two CRM systems really need to be a single CRM system for things to work properly. So, an IT task force devotes six months to figuring out how to rationalize the CRM systems.

Eventually, the rationalization project is complete. The company is down to just one CRM system, and theoretically it saved time and money. But momentum has likely been lost.

For six months, employees had only limited access to account and product data. Makeshift, ad hoc manual processes were used to share information and process workflows. And outbound sales and marketing activities became redundant or conflicting, which confused and annoyed customers.

As a result, customer momentum was neutral to negative (the worst outcome), and investment value was hurt as customers became alienated by disjointed information and service.

Scenarios like this used to be all too common. Today, companies are getting smarter about M&A deals and realize that data is what’s critical on Day One.

Rationalizing applications and the economies of scale that come with M&A deals is critical. But rationalization is an internal priority rather than a customer-focused priority, and customers should always be the primary focus for building M&A momentum.

A Tale of Two Mergers

In the second scenario, the merger team builds momentum by using low-code, high-speed integration from a cloud-native platform like Boomi's.

In as little as a few days, the two companies can tie their CRM systems together, easily unifying the data. Sales teams from both organizations can now seamlessly share data and collaborate to ensure a positive customer experience.

With modern cloud middleware, the newly formed company moves forward with two CRM systems or multiple instances of the same CRM, at least temporarily. While there is some short-term cost, it is trivial compared to preserving customer trust.

Thanks to built-in data governance for ensuring quality and consistency, the workforce of the combined company can be effective immediately. It will have a complete and accurate 360-degree view of its customers and visibility throughout the two organizations.

With full access to the data it needs, the new team is empowered to serve its customers and accelerate business momentum.

The company can rationalize its IT systems and decommission one of those CRM systems over time, but for now it has achieved the momentum that’s so critical for getting a merger off to the best start possible.

Rationalization work can be done with a sense of urgency, but over time. What you need to do immediately is connect systems and deliver data to employees. With the right data, your teams will have what they need to serve your collective customers.

You can do that by using a unified integration platform like Boomi's to rapidly build integrations and automate workflows. You don’t have to collapse two applications into one to achieve this, as was the widespread practice a decade ago. You simply need to connect applications to deliver the data people need, when they need it.

M&A deals are based on customer momentum and business synergy. Companies need to get the technology synergy right, beginning on Day One, so they can drive greater customer satisfaction and build momentum as a new organization.

Boomi has a key role to play here, helping companies quickly and efficiently connect applications, people, data and devices, so that teams can come together and work efficiently as soon as a deal closes.

The unified Boomi Platform offers a low-code development environment and ready-to-use connectors, plus crowd-sourced intelligence from 30 terabytes of anonymous data.

Boomi simply makes things go faster. Integration has become a huge component of running complex hybrid computing infrastructures. The faster you can connect new cloud-based software and services, the faster your company can adapt and grow, whether you need to ensure the success of a merger or drive rapid, organic growth in your organization.

Learn more about how modern integration technologies can bring momentum and long-term success to mergers and acquisitions. Read our new executive brief "Accelerating M&A Momentum in the Digital Age."

Join us at the Integration Event of the Year! Boomi World is coming to Washington, D.C. Oct 1-3. Sign up now while spots are still available.