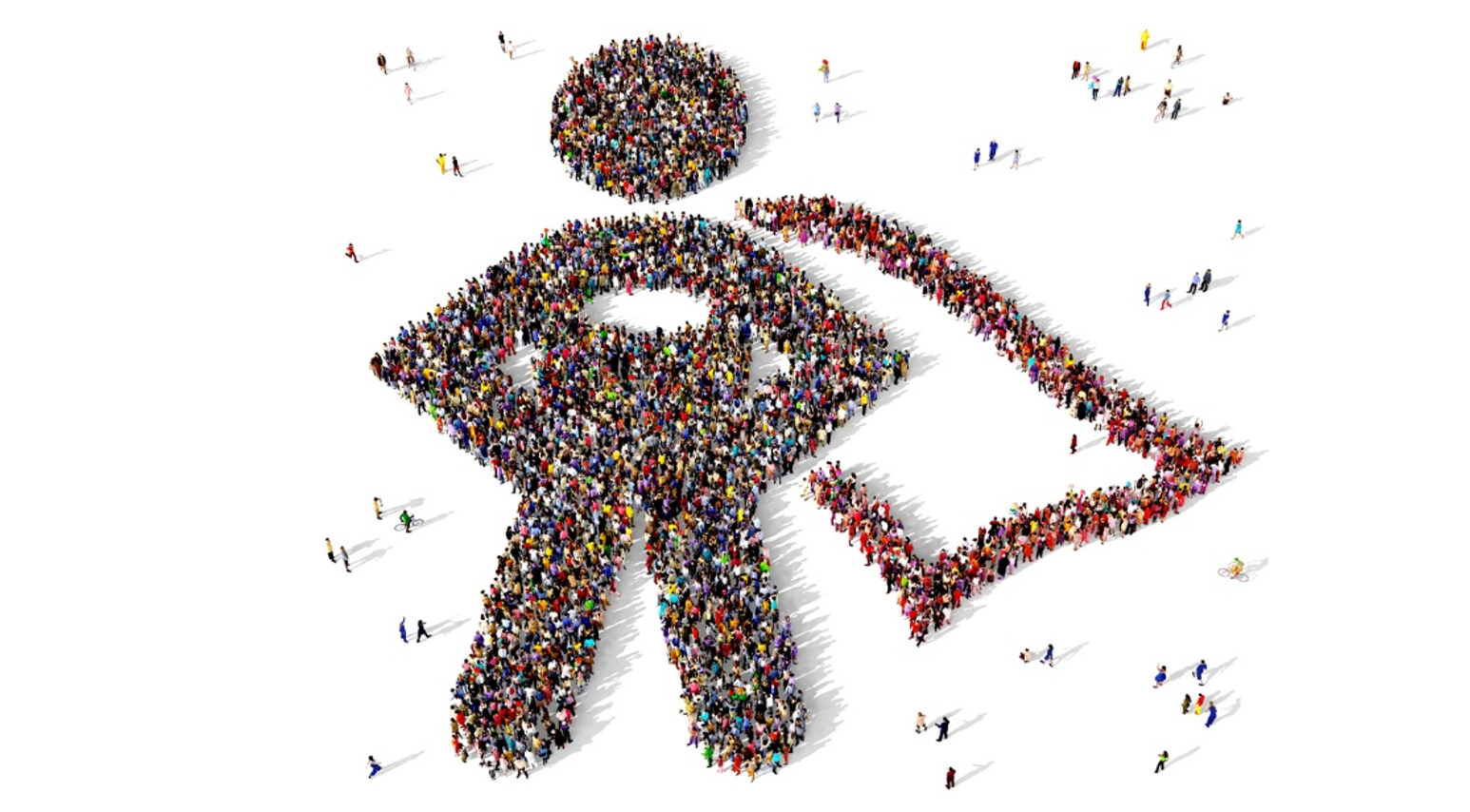 What do Cornell University and the Boomi Community have in common? Quite a lot, it turns out.

Both share information and experiences. Both promote learning. And both have John Parker.

Parker is a software engineer at Cornell and the school’s integration architect for Boomi. He’s also a Boomi community champion who speaks at the company’s annual Boomi World conference and its local user groups.

We recently spoke with Parker about integration, his career, and why he is such an active Boomiverse participant.

How did you find your way to data integration?

John Parker: I was a late bloomer. I went to Syracuse University when I was 27 and got a degree in computer engineering. From there I went straight to IBM, where I was a programmer.

As they used to say, IBM stands for “I’ve Been Moved.” I started in Endicott, New York, then was moved to Tucson, San Diego, and finally to Newport, Rhode Island. At the time, IBM was offering buyouts to anybody who wanted to leave. Having been born in Ithaca [New York] and raised in the area, I came back to Cornell in 1999.

Since then, I’ve been doing integration work on one platform or another. Just last week I hit 20 years.

When did you start using Boomi?

John Parker: Let me start with the first integration platform we used, which was Software AG’s webMethods. That was back in 2000 and 2001; I became a webMethods integration developer in 2003.

Eight years later, in 2011, the university decided it was going to switch to Oracle’s Fusion Middleware at the same time we were implementing Workday. So we migrated everything we had on webMethods and implemented everything new that we needed for Workday and the Oracle Fusion platform. But unfortunately, we had several issues with that platform. So in 2013 we switched to Boomi. Since then, we’ve been a happy customer. It’ll be seven years next month.

How do you use Boomi today?

John Parker: We’ve become a cloud-based university, with different applications running in different clouds. Our Workday integration, of course, is in the cloud. Our PeopleSoft application runs out of an IBM data center. Our financial system, Kuali, runs in AWS. Our Salesforce platform runs in the cloud. And we have an alumni data system, iModules, that’s also cloud-based.

So we use Boomi mostly for data transformation. We provide wrappers for web services, and we provide the actual web services too. In addition, we have a few integrations where most of the business logic lives in Boomi. We also have a system from Fundriver that manages Cornell’s billions of dollars in endowment investments. Boomi synchronizes our financial system with the Fundriver system, and that’s in the cloud as well.

So on campus, there’s no data center at all?

John Parker: That’s right. We do not interface with any on-premises data sites. That said, there are still a few data centers elsewhere on campus, but at this point they’re all being migrated to the cloud. It’s a big change. Before, we had a big data center, two entire floors in two buildings, all full of racks, servers, data storage, tape libraries — the whole nine yards. Now we’re down to just a few data-storage management tools on-premises. Ninety-nine percent of everything else has been moved to the cloud.

Our Boomi instances all run in the cloud as well. We just moved the last one from an on-premises server. We’d been running on a Red Hat server that was off support for five months.

Find out more about how Cornell University is using Boomi to build and maintain its connected campus: Read the case study.

You’re quite active in the Boomi community. What is the scope of your involvement?

John Parker: I spend a lot of time going to user group meetings, mainly in Boston, to share what we’re doing, answer questions, and hear what other people are doing. I also go to Boomi World and participate in the community events there. I’m still communicating with people all over the country, all over the world, on things we’re doing, sharing ideas.

For example, the University of Minnesota is going through a major transition to Boomi, and I spoke with their director at Boomi World about what they’re doing. He also came to my presentation on best practices, and he wanted some examples of how our error handling went. He even went as far as giving me a user ID on their Boomi platform, so I could copy the template and put it into an integration pack or process library — we haven’t decided yet. But it will be something we’ll put in a shareable format so that all of our sub-accounts and Boomiverse can install this common error-handling methodology.

We also spend a lot of time answering questions and doing reference calls. We just did one with George Washington University and another with University of Massachusetts. We share our experiences and examples of what we’ve done.

What motivates you to contribute to the Boomiverse?

John Parker: I enjoy helping. But these calls also expand our contact set. So when we run into something that we know someone else is doing, we can reach out.

That happened early on with the University of Rochester, which is right up the road from us. They were ahead of us in a particular architecture we wanted to implement. So we ended up sharing a lot of how we were going to be in Amazon, while they shared a lot of how they architected their basic system. Now we’re doing what they’re doing, plus the Amazon stuff. So in the end, it has a lot of benefits. People are willing to share once you’ve shared with them.

Sounds like the Boomi community is a two-way street?

John Parker: Absolutely. We’ve inculcated this mindset with our staff. We’re members of a community, not all by ourselves. For example, we recently hired two young developers, and they’re in the Boomi community all the time. An hour ago, one of them was talking to me about something he found on Boomiverse.

Now, every time our developers ask me a question that’s beyond my experience, I reply, “Have you checked the community?” It doesn’t take many of those before they start checking the community first! Now they’ve become big believers in the Boomi community because it works for them. They enjoy the whole idea of sharing their experiences as well.

Which Boomi user groups do you participate in?

John Parker: One is the higher ed community, and another is the local user group I mentioned in Boston. That’s a six-hour drive for me, but I still consider it local! I strongly, strongly urge anybody that has a user group within striking distance to go and listen. Before you know it, you'll also be sharing.

The higher ed group is funny: We like to share. We don’t consider any of this just ours. We’re all about educating. By contrast, the local user group is more diverse. It’s made up of people not just from higher ed, but also medical, pharmaceuticals, and manufacturing.

For me, the intermingling of different community members in a user group, the cross-pollination, is incredibly important. It’s amazing how many people have already faced the issues you’re facing, and have either vanquished them or are willing to join you in asking Boomi to implement something new — or implementing it ourselves.

For example, at a recent Boston user group meeting, a big consulting firm talked about some of their new approaches to security. That’s important to higher ed, given all the student records and confidential data we hold. So when I got back, I presented some of the consulting firm’s security approaches to my team. “Have we considered this?” I asked, “because this is what industry is doing.”

Higher education institutions around the globe are using Boomi to transform their campuses and community experiences. Learn more.

You’ve been using Boomi for seven years. Based on that experience, what advice can you give those just getting started with Boomi integrations?

John Parker: First, make sure that you and your developers truly understand the way Boomi works, especially when it comes to document flow and pipeline. Yes, it’s a pipeline architecture, but Boomi does it a little differently from anybody else. If you don’t take the time to understand how Boomi flows from step to step, you’ll struggle. So take your training seriously, paying close attention to document flow.

Second, focus on integration packs, process libraries – things that are reusable. For example, we built an integration pack for a common error-handler approach. The code is there, so all you have to do is manage a cross-reference table in extended memory and customize it without changing any code at all. It’s reusable from integration to integration. This saves time and resources, because you’re not developing the same thing over and over again. You’re also providing a solution that's more easily supported because it’s always done the same way.

Third, make sure you’re clear on the details of your service level agreements [SLAs] with customers. This is something people almost by definition overlook — that is, until a customer calls you at 8 p.m. and wants to know why you’re not responding to their emails! So if you can set their expectations correctly, you can plan better.

Finally, if you’re going to receive web service calls, make sure you’ve got Boomi's API Management suite. We started without it and spent quite a bit of time trying to figure things out. When we discovered what we were missing, we put a moratorium on new development until we had API management in place. Plus, once we redeployed, we had to make our customers change the way they called us. Because while API Management does it so much better, Boomi also does it a bit differently. So if you’re doing any kind of web services receipt, make sure you get Boomi API Management up front.

What personally drives you to support the Boomi community?

John Parker: It comes back to the fact that in higher ed, our whole business is teaching bright young people who end up being smarter than we are 90 percent of the time. So that’s imparting knowledge, wisdom, experience. That mindset is not something we leave at the door when we’re talking with our peers. We have this innate bias: We want to share and help others avoid the pitfalls.

There isn’t a week that goes by when I haven’t reconsidered some of the ways I approach things and think, “Wow, there’s a better way.” In those cases, I feel it’s incumbent upon us to say, “Hey, we’ve come up with something new and improved.” I know that “paying it forward” is an overused phrase, but it does apply. It turns out that paying it forward also has a rebound effect. You get paid back at the same time.

Discover the power of paying it forward: Join the Boomi Community today!

Boomiverse is the go-to location for our customers. It’s where they find answers to their questions, learn how to get the most from the Boomi Platform, and engage with peers to understand the best approaches to their integration challenges.

Throughout the year, we recognize the most active and helpful individuals in this group — our Community Champions. These leaders set the standard for how Community members can contribute and cultivate a rich conversation that helps everyone become better at integration.

If you enjoyed reading about John Parker's professional experience as an integration architect, see our full set of Community Champion profiles.