University of Technology Sydney — Full Speed to the Cloud 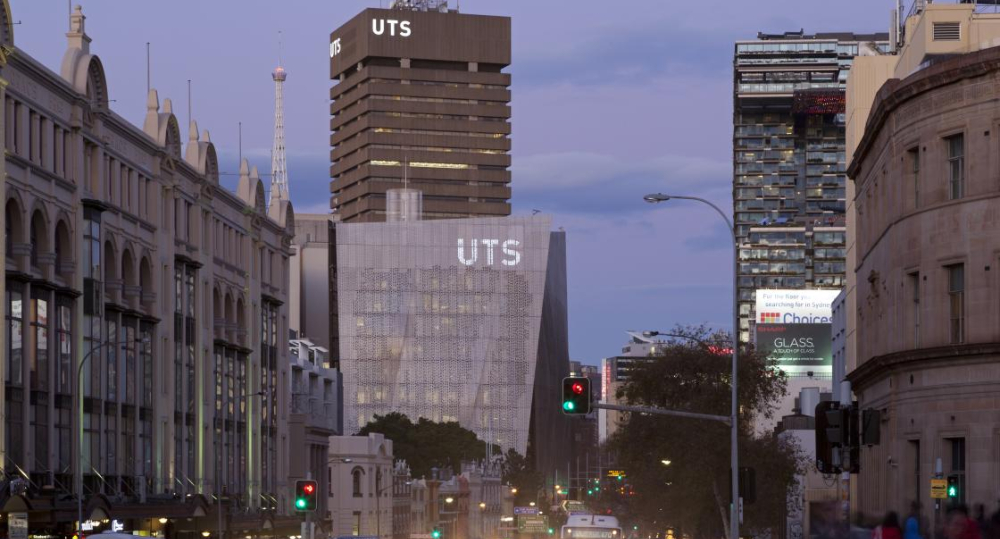 University of Technology Sydney (UTS) has a lofty ambition — to prepare its students for a global workplace. It also has a sterling international reputation to uphold: it's the highest performing university in Australia under 50 years of age. A data and application infrastructure that can keep up with the university’s fast-growing enrollment and course offerings is key to its continuing success.

The data and application infrastructure UTS had in place was highly fragmented. There were too many applications — most of them on-premises — in use by students, teachers, and staff, and too many vendors to deal with. This fragmentation also made it hard for students to find the data they needed. That’s why UTS launched its Application 2020 strategy, which would simplify the university’s IT environment and migrate many of the school’s workloads to the cloud and software as a service (SaaS) applications.

“Things were just moving too slowly,” explained David O’Connor, manager of IT enterprise architecture and strategic planning for UTS. "So, we thought about what the future needed to look like, and what it would take to provide a better experience for our students and staff.”

“It was a much cleaner view of our application architecture than we had before, which could guide the projects we needed to run and support other types of decision making," O'Connor said. "But we identified very early that a constraint to that vision was how to integrate those applications and move data around.”

UTS had already made some preliminary steps in moving to a cloud-first architecture by adopting Amazon Redshift as its data warehouse, and migrating a lot of data there that had originally been housed on-premises. The 2020 strategy gave UTS a roadmap to continue its journey to the cloud.

To learn more about the University of Technology Sydney's journey to the cloud, read the success story.

Although cost is always an issue in IT, unlike many cloud migrations the one planned by UTS wasn’t driven primarily by this factor. UTS continually struggled with complaints about the time it took to onboard new applications — so faster time to market was the critical factor.  To achieve this, an integration platform that could speed integration and reduce complexity was required.

Despite investing millions in its on-premises integration environment — a legacy middleware solution, with a host of developers mending and maintaining it — improvement was elusive. In addition, UTS had an assortment of other technologies in place which contributed to its fragmented architecture. These included several ETL tools, many custom Perl scripts, and Microsoft SQL Integration Services, all of which were resource intensive.

Moving to the cloud would require an entirely different approach.

UTS evaluated several vendors before selecting Boomi’s low-code integration platform. Boomi's ease of use would allow a broader community of developers to use the platform and, in turn, help the university accelerate its move to the cloud while building a modern IT foundation. According to O’Connor, Boomi API Management was also key to the university's goal of making data more accessible to everyone who needed it.

“The Boomi Platform fits neatly with our strategy," said O'Connor, "because it is a single complete package that can manage the complex integration that we sometimes require, while at the same time being able to do so much more, without the need for in-depth programming capabilities or heavy management.”

Boomi allowed UTS to bring its application integration, business intelligence, and data teams together to address and eliminate problems such as duplicate processes accessing the same system. Boomi dramatically shortened the time UTS needed to perform integrations (both application-to-application and business-to-business), such as connecting to its Amazon Redshift database and developing production-ready APIs.

“The Boomi Platform fits neatly with our strategy because it is a single complete package that can manage the complex integration that we sometimes require, while at the same time being able to do so much more, without the need for in-depth programming capabilities or heavy management.”

An early example of Boomi's value involved Career Hub, an application UTS employed to help students find internships, which form a big part of the school’s educational strategy. The university's first integration efforts occurred before UTS began working with Boomi. And, as O’Connor described the process, “It was a dog to integrate.” The integration took a long time, with lots of custom .NET coding to get data in and out of the system.

The Career Hub integration was redone as part of the Boomi Platform implementation, and was fully functional in just a few days. O’Connor’s team was “astounded,” as the original integration had taken months to put into production.

On Time, Under Budget

UTS not only finished its cloud migration on time and under budget, it accomplished additional objectives outside the project’s original scope. Now, it has more initiatives in the pipeline — like replacing its ERP system and learning management software. As the higher education software market matures, offering more SaaS choices, UTS will continue its march to the cloud.

Within the first 12 months of deploying Boomi, UTS onboarded approximately 50 cloud-based applications while retiring many legacy systems. Boomi has increased the university’s IT project throughput by eliminating integration as an ever-present bottleneck, while gradually shrinking its on-premises data footprint.

Boomi will also help the university open more of its data to researchers, students, and other stakeholders. With Boomi’s unified platform, UTS can orchestrate data across diverse applications, processes, people, and devices. On the way to the cloud via Boomi, UTS has gained the power to innovate.

To learn more about the University of Technology Sydney's journey to the cloud, read the success story.

More than 9,000 organizations use the Boomi Platform to integrate their ecosystems. To find out how Boomi can help you, contact our experts today!