Why Data Gives You a Competitive Business Advantage 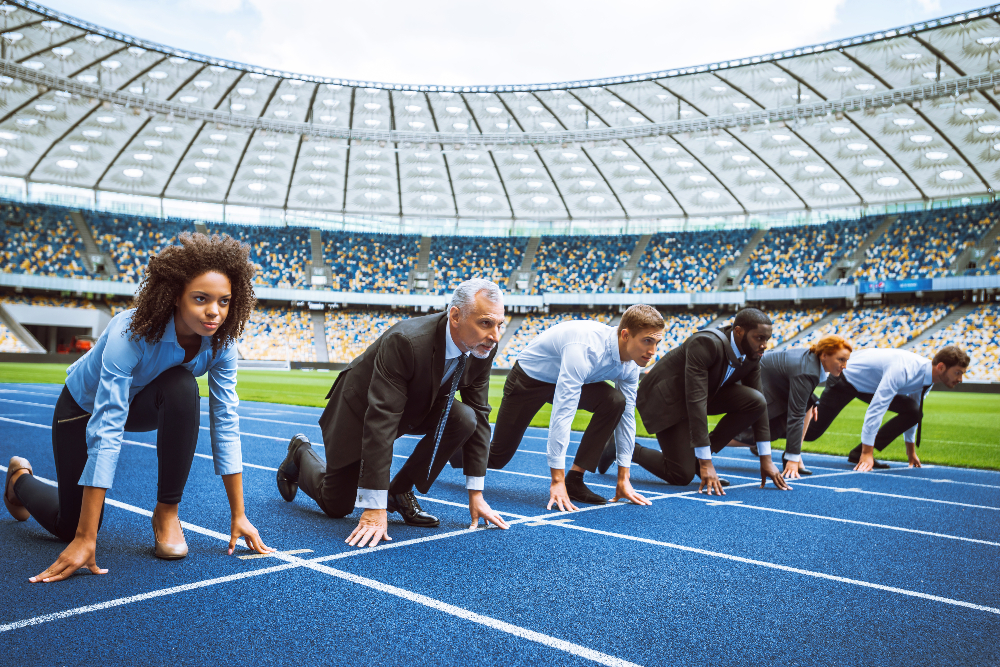 There always has been an eerie similarity in the way we talk about business and sports. It makes sense, of course. Both are highly competitive. There’s a focus on teamwork. Both prioritize coaching up talent. And inevitably, there are winners and losers.

When prolific author and speaker Tom Davenport recently joined Boomi for two fireside chats about the state of analytics, he drew yet another parallel between the sports and business worlds. Davenport noted that it’s becoming more and more common to see innovative, data-focused executives in front office roles at pro sports franchises. But often, their insights fall on deaf ears. It’s the same for many businesses, Davenport said.

“You still have a lot of old-school coaches who don’t pay any attention to what the analytics folks say,” he added. “Unfortunately, I’m sure that’s what happens at companies, too. But maybe desperation is what will force companies to begin moving on this.”

We’ve certainly seen desperate times over the past year. One clear trend has emerged, though. The companies weathering this historically challenging environment the best are taking full advantage of their data. They’re using that rich trove of analytics to help employees do their jobs better and ultimately deliver the exact goods and services that their customers want – quickly. It’s giving them a distinct edge against the competition.

Davenport, who has written more than 15 books, is one of the godfathers of business analytics. His words carry weight. And in his conversations with Myles Suer, Boomi’s principal data product marketing manager, Davenport spoke about the progress organizations have made in using data as a business differentiator. But he also was blunt in his assessment of how far most still have to go.

The conversations were so good that we wanted to share them with a broader audience.

Is Your Organization Really Data-Driven?

Everyone talks about better decision-making through analytics. But that well-intentioned goal remains largely aspirational, Davenport said. The good news is that most organizations now have data stewards in charge of analytics, including key titles such as Chief Data Officer or Chief Information Officer.

“We still have a lot of organizations that are analytically impaired,” he added. “Honestly, the shift has taken longer than I expected. But what we’re learning is that you have to assemble more than just the data.”

Analytics is only one leg of the stool. You also need the right people and processes to orchestrate that raw data to benefit business users throughout the organization. In one conversation, Davenport and Suer described it as something of a corollary to the idea of culture eating strategy for breakfast.

“Technology has made inroads,” Davenport added. “If you’re a smart organization, you’re using technology to integrate your data. But if you also can’t keep thinking that adding new technology will solve the problem by itself. It’s really the people who do the solving. It starts with them.”

Davenport made a persuasive argument that perhaps the Chief Data Officer’s most significant responsibility is fostering that data-friendly culture. That means relentlessly pitching the importance of data. Even if it’s outside their comfort level, CDOs need to sell, sell, and sell some more.

“We need everyone on the business side to understand what data means to the organization,” Davenport said. “The CDO needs to educate people on the value of this. It’s worth the trouble.”

He also took the idea one step further. When it comes to data, everyone is in this together. In other words – warning, here comes another sports analogy! – data is a team game.

“Data is not just a job for one person or one team,” he added. “With the proliferation of data, the management of it should be everyone’s responsibility, throughout the organization.”

That notion is critical because Davenport believes this next decade will be known for the democratization of data. With the growing use of data automation and low-code solutions, you no longer need to be a data scientist to work with analytics. People throughout organizations, who are closer to the problems that need solving, are becoming more involved.

And that brings us to...

The Rise of the Data Fabric

Suer noted that Gartner and Forrester are among those expanding the idea of “data management” into a more holistic concept: data fabric. The thinking is that organizations need a unified platform to connect the entire digital ecosystem. Such a platform makes it possible to discover data, synchronize it, and make it accessible to business users who need trustworthy analytics – in real-time.

“Data fabric really is a great metaphor because it captures the idea of data,” Davenport agreed. “It’s pervasive. It’s everywhere. It needs to be aggregated into one place. You need to prepare it. I like the concept.”

“The reality is, integrating data has always been a challenge for organizations,” he added.

And forget the problem going away. It’s just starting. Davenport noted that we’re witnessing an unprecedented, gushing torrent of data. There has been an explosion of connected devices. We have data lakes, data warehouses, and multiple clouds. Nobody is asking for less data.

So, there needs to be a fabric approach, so organizations know what they have, make sense of it all, and then answer the thorny questions they’re facing. But we also see a proliferation of data silos. As a result, businesses often aren’t speaking the same language. Sometimes they can’t even agree on something as simple as what constitutes a sale because they don’t have a common definition, Davenport said.

“Having a lot of data silos is going to end in despair,” he added. “It’s why we’re on the verge of a much greater desire for integration. We’re all compiling more and more data all the time, and so more decisions are going to be made based on data.”

The companies creating that seamless connectivity, ensuring data quality, and making great use of analytics will be ahead of the game — and well-positioned to win.

Want to learn more about how data can help your business? Read our blog on Achieving Operational Data Readiness for more information and tips.